Some Statistics From 15 Years of Photography 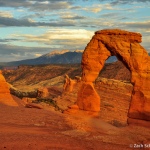 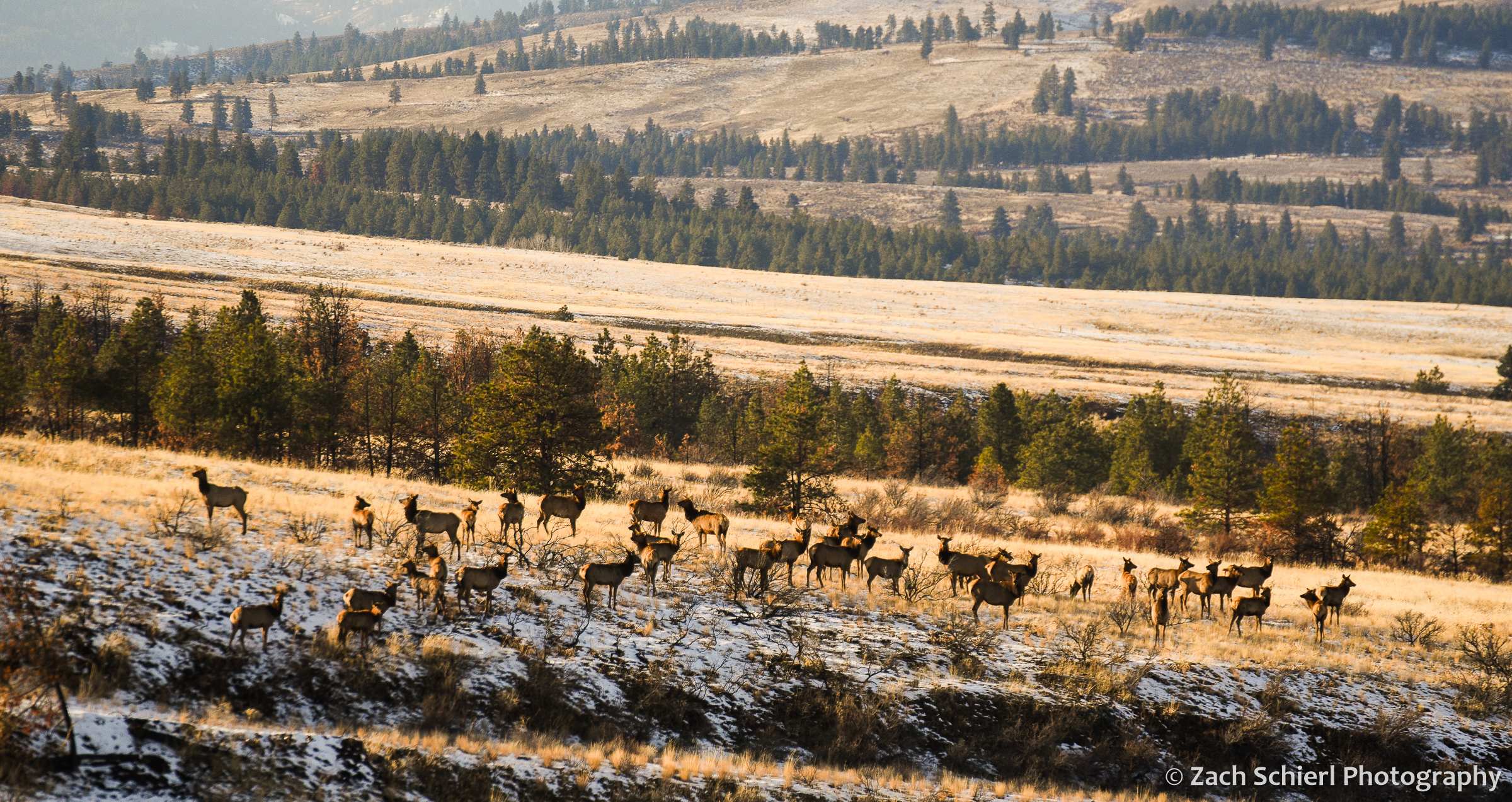 A herd of elk in Washington’s Wenas Valley.

Back at the beginning of the pandemic, I embarked on a project to finally organize and categorize my extensive photo collection. I have nearly 100,000 photos in Lightroom, but as I generally try to spend as little time as possible in front of the computer screen, I had never bothered to organize them in any meaningful way. The initial decision to fix this was a function of both time (I was stuck at home…) and practicality. I use my images extensively in my job as a community college astronomy and geology instructor, and finding that one specific photo of a rock or lunar eclipse has always been sort of a nightmare if I didn’t happen to remember exactly when it was taken.

The project started off quickly (when I was stuck at home…) but as we re-emerged into the world a few months later, progress soon slowed, and I am just now finishing the project almost two years after I began. While tedious at times, it has also been a joy to rediscover many long forgotten photos. I hope to post many of these in the coming months. As a statistics nerd, it’s also been interesting to examine some of the data on where and when I’ve taken the most photos. For example, here is a graph showing the number of images I’ve taken each year, going back to 2007 (almost 15 years ago!) when I purchased my first digital camera: 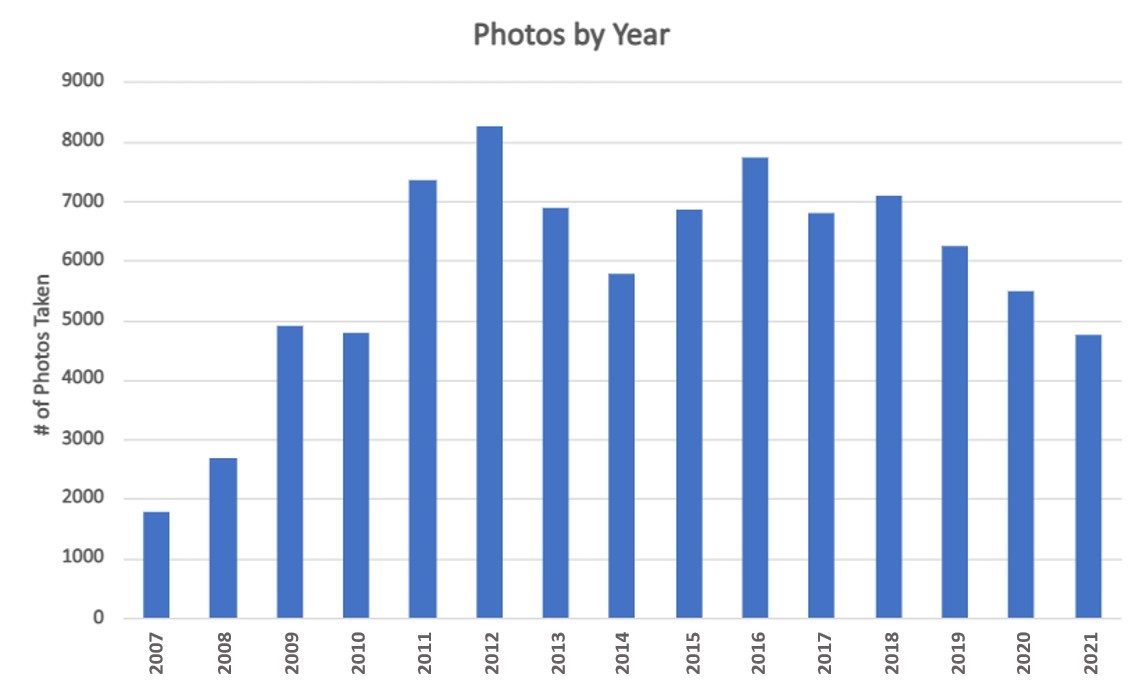 It looks like it may have taken me a few years to fully internalize that, with digital, I could take as many photos as I wanted and not have to worry about the cost of film! As you can see, I’ve taken fewer photos this year than I have since 2008, a fact which I was acutely aware of even before making this graph. The drop-off from 2018-2020 is a little harder to explain, as we traveled quite extensively in those years (albeit closer to home in 2020 due to the pandemic). I’d like to think it’s because I’ve gotten better at capturing a good shot on the first attempt, but who knows… 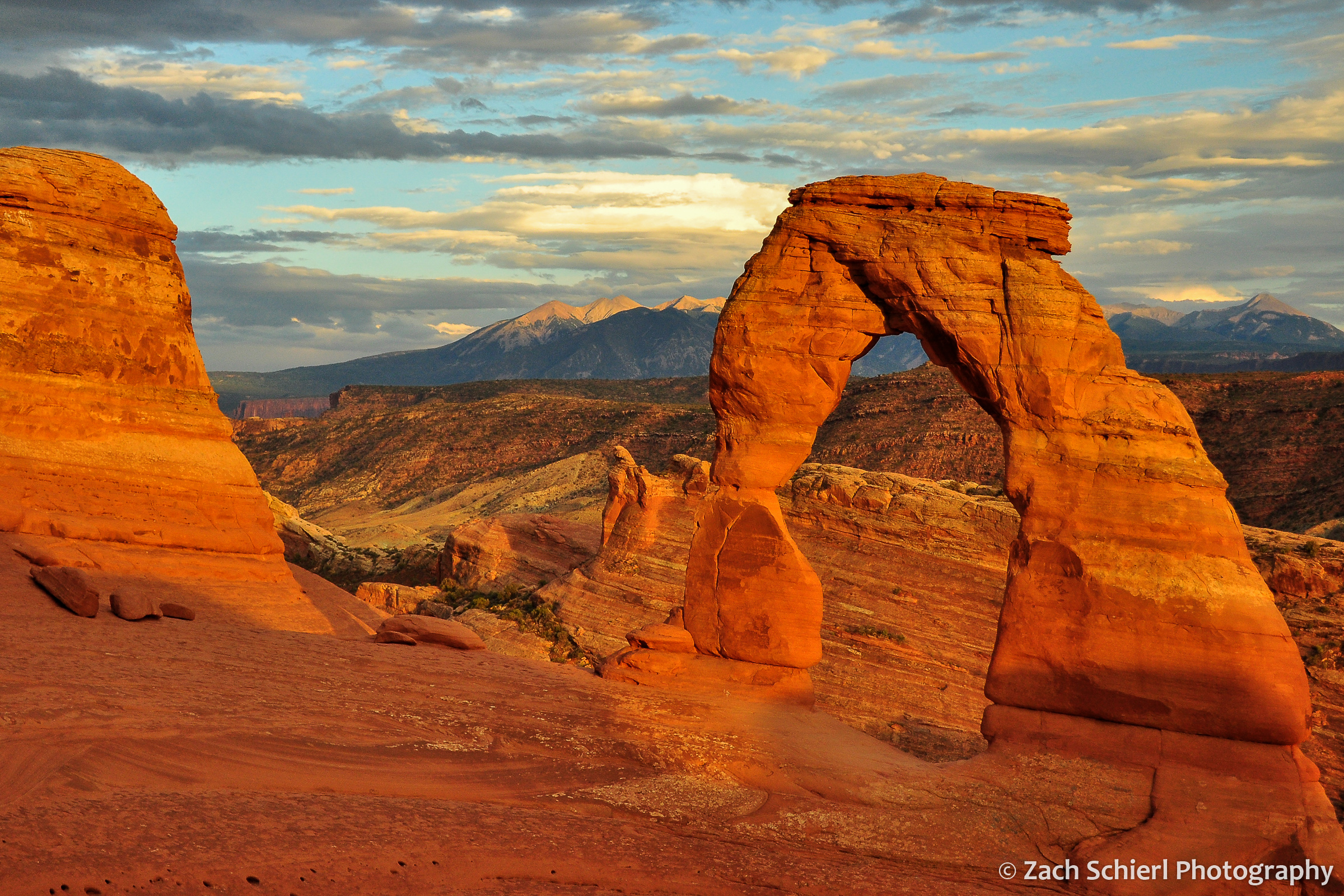 A sunset view of Delicate Arch from 2012. While a somewhat cliché shot, it is also one that’s getting harder and harder to capture as crowds at popular viewpoints get larger and larger.

My project also involved sorting photos by location. As of Dec 2021, here are the top five states in which I’ve taken the most photos:

No surprises here: I’ve lived in Washington for most of my adult life, with brief stints in Utah and Colorado. Arizona is where I grew up (and frequently return), while my now-wife lived in California during the early years of our relationship. 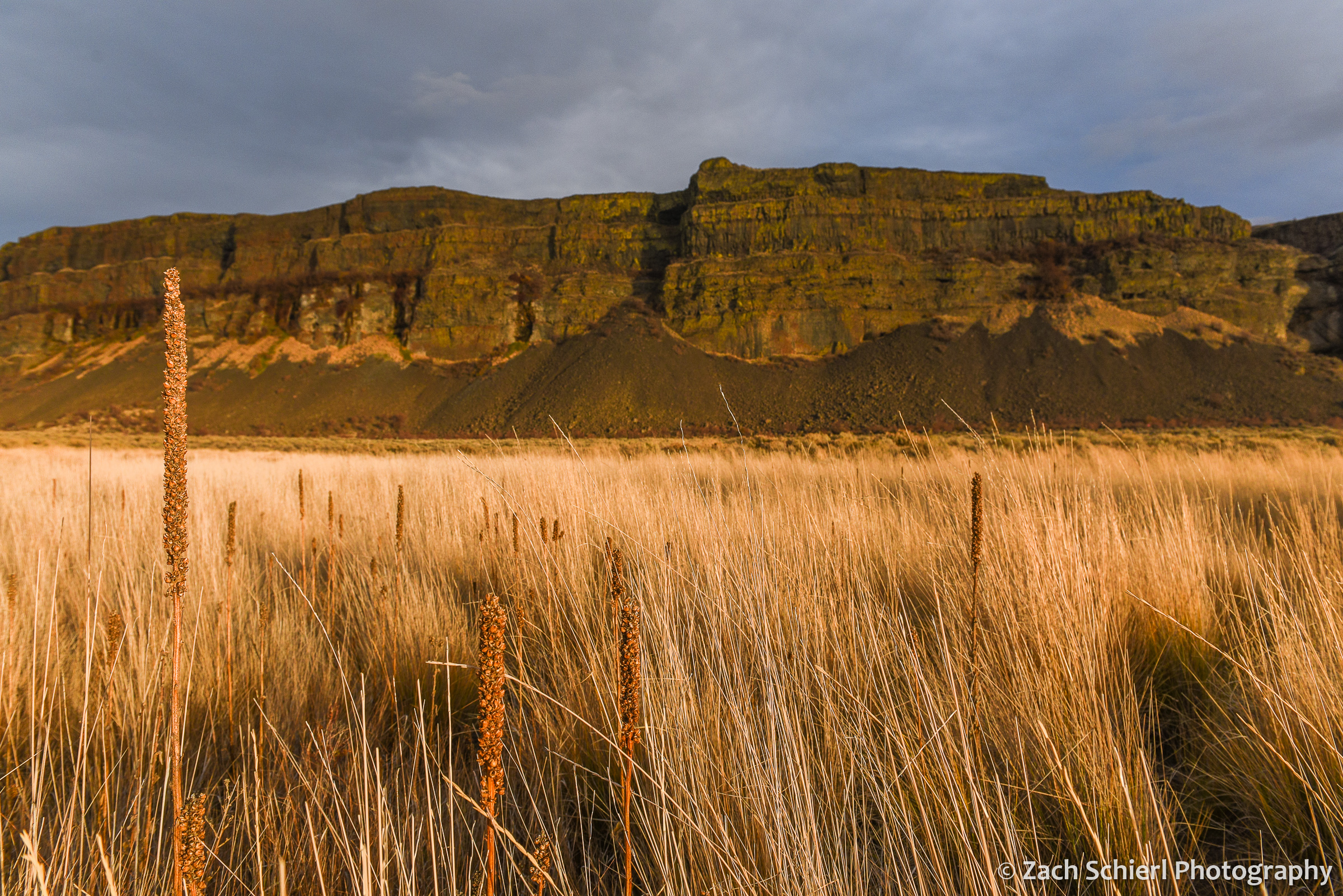 Breaking things down a bit more, the specific locations where I’ve taken the most photos are also all found in one of the five states from above:

The Dixie National Forest covers a pretty wide swath of southern Utah, so its presence in the top spot is perhaps a little misleading. Cedar Breaks and Black Canyon, while relatively small parks, are places that I worked for several summers or years. I was a little surprised to see Zion National Park so high on this list. While we lived close to Zion during our time in Utah, it was generally a place we tried to avoid most of the year, given the crowds and heat. Apparently we ended up there more than I remembered! 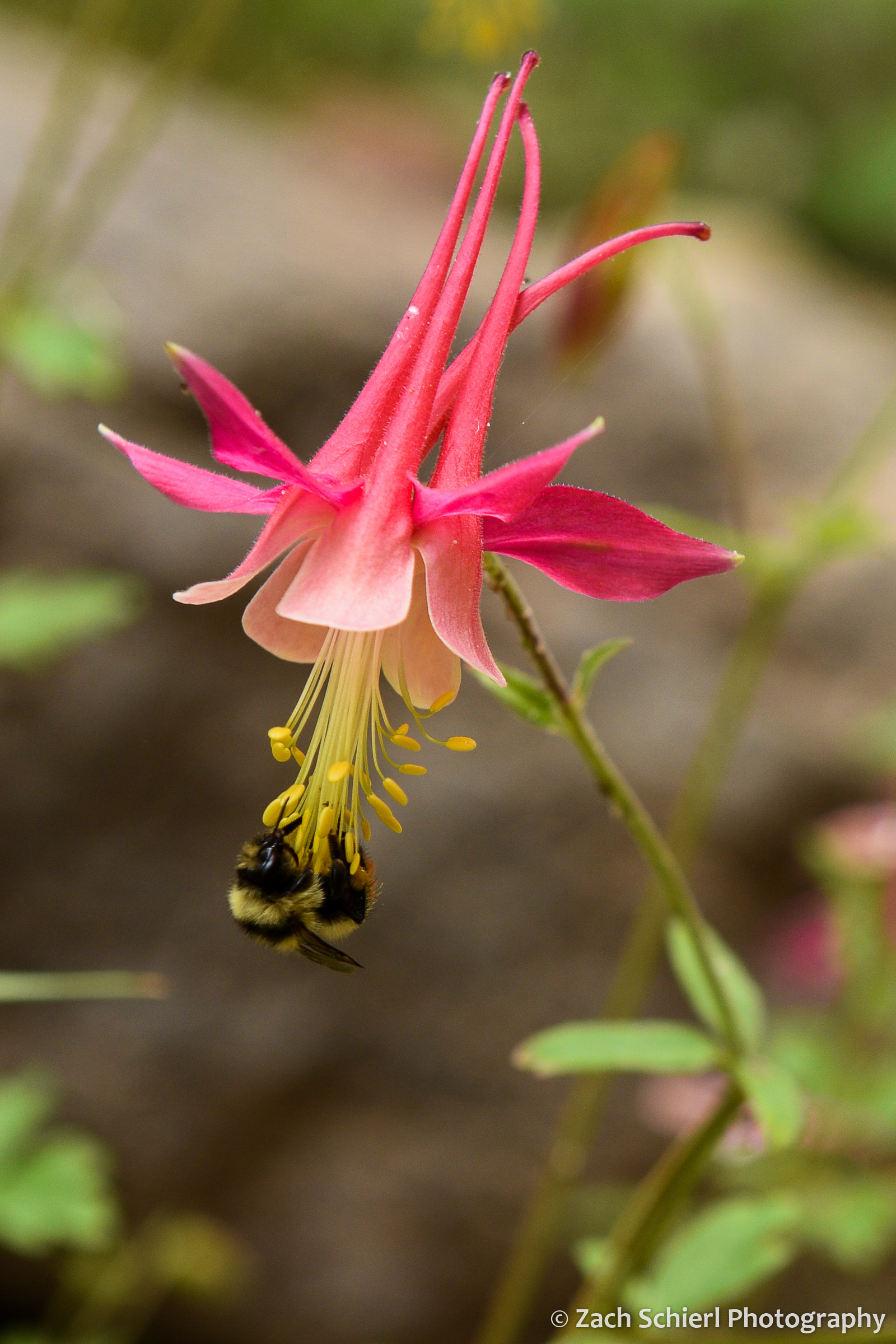 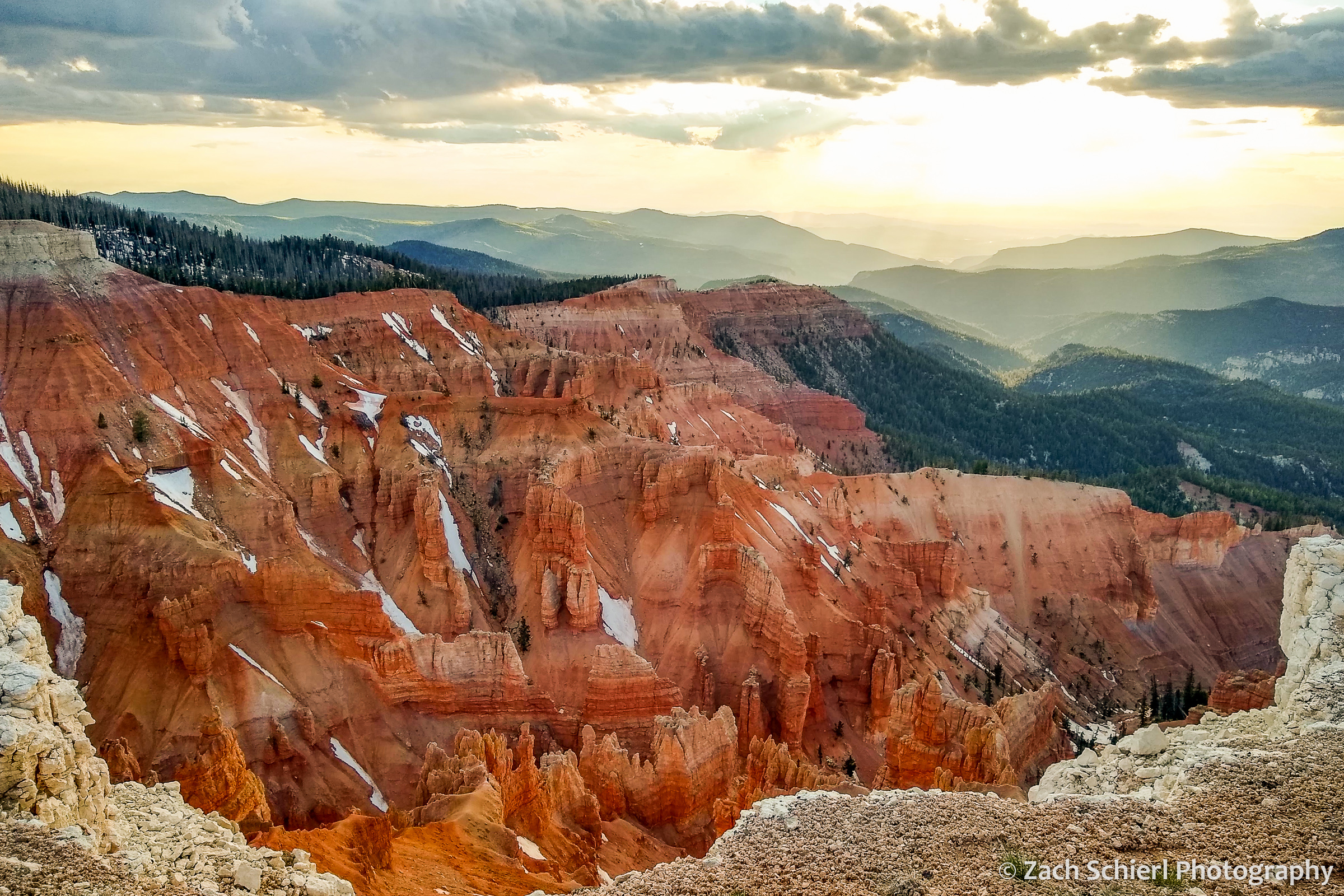 Sunset from Point Supreme in Cedar Breaks National Monument, UT. (I’m not 100% sure, but I think this may be the first cell phone photo I’ve ever posted on this site…)

In nearly 15 years of photography, I have taken 300+ individual images in one day just three times. Below is a list of my most “productive” (measured by sheer volume that is) days of photography: 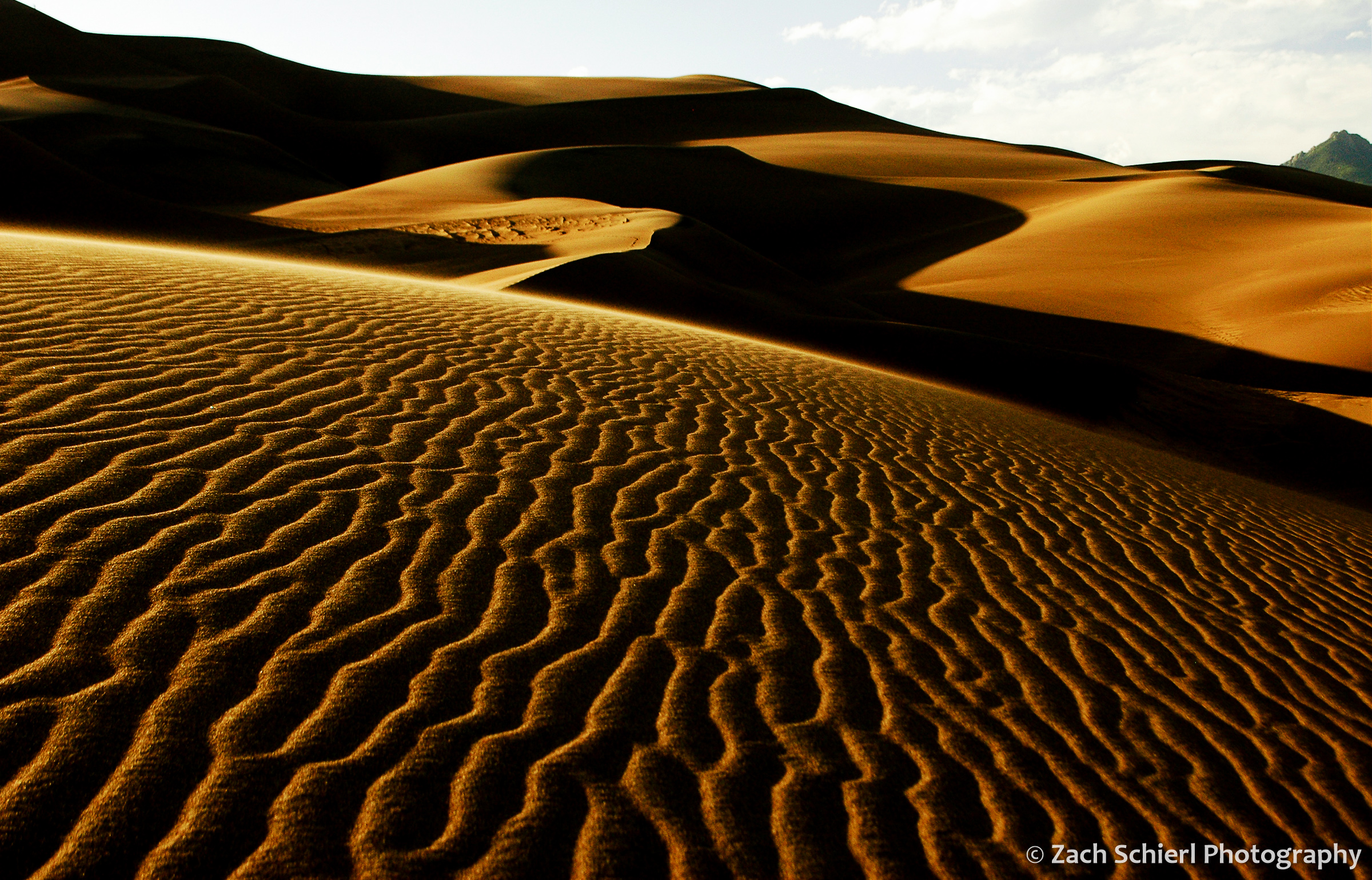 Sunset in the dunes at Great Sand Dunes National Park in Colorado. This was definitely a memorable day; the patterns of light and shadows I witnessed that evening are vivid even 10 years later. 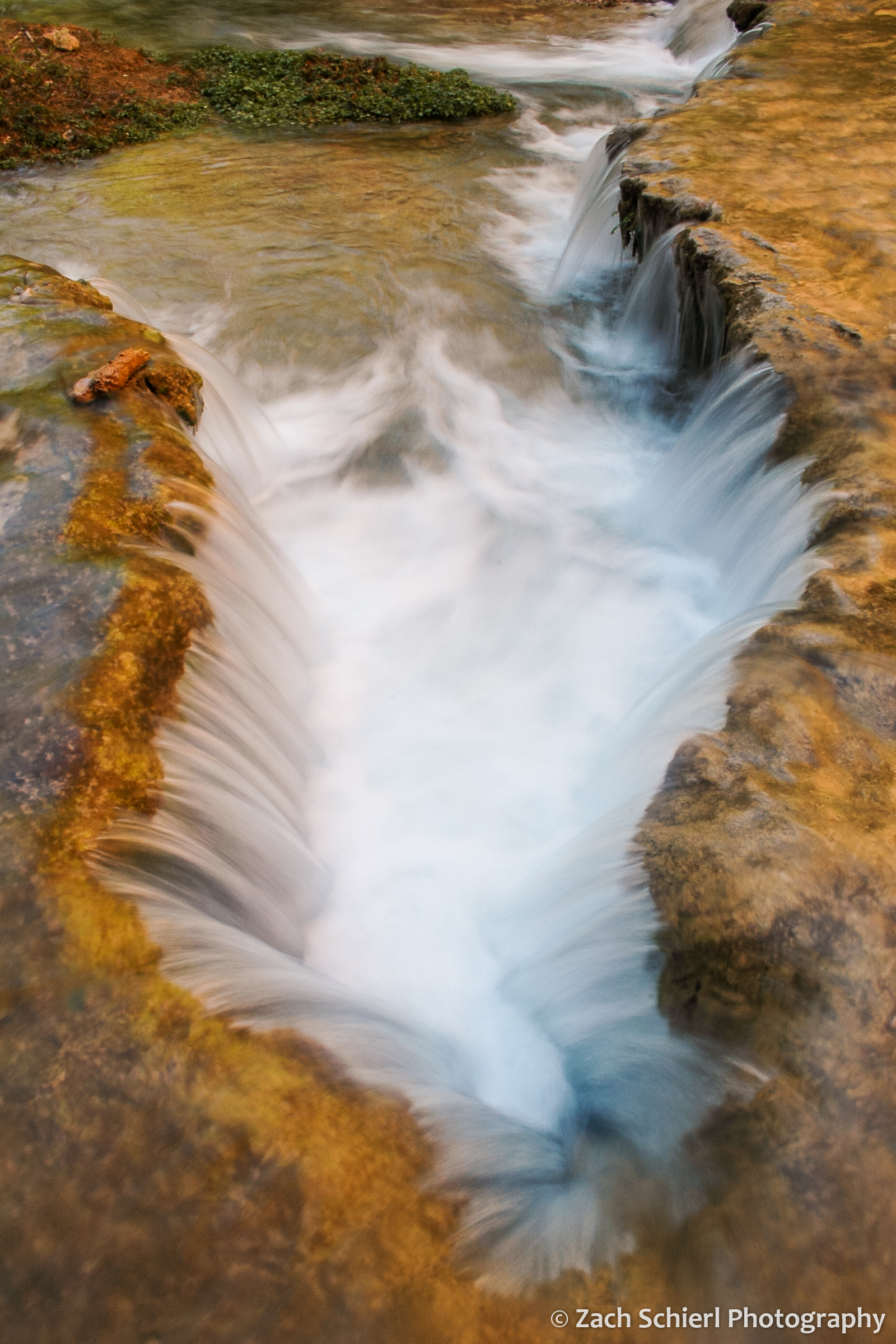 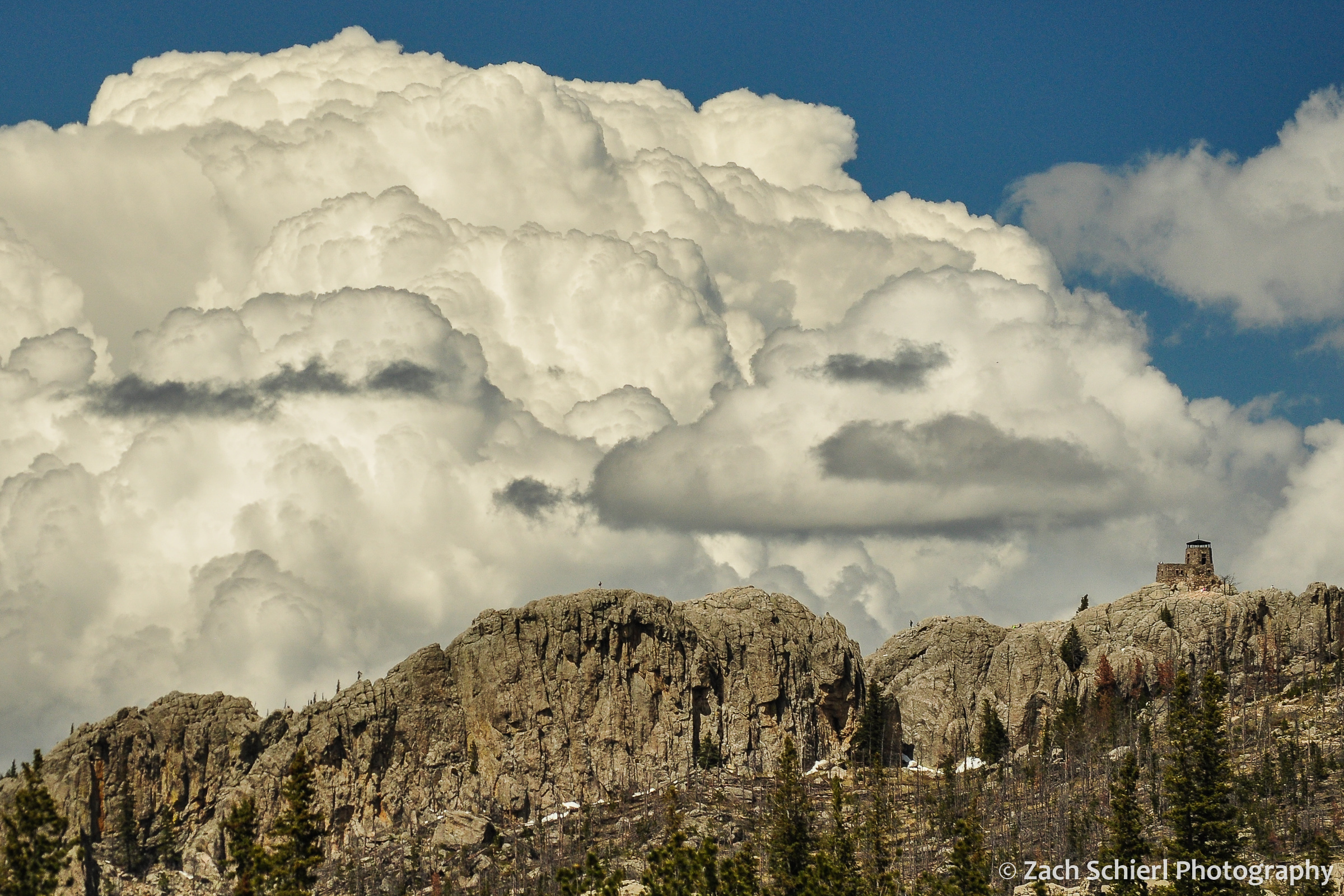 As far as animate objects, I have taken more photos of bighorn sheep (Ovis canadensis) than any other animal (followed by elk, yellow bellied marmots, mule deer, mountain goats, and, in an aquatic twist, ochre sea stars.) The sheep were a fixture of our drives to and from Estes Park and Rocky Mountain National Park while living on the Front Range of Colorado. 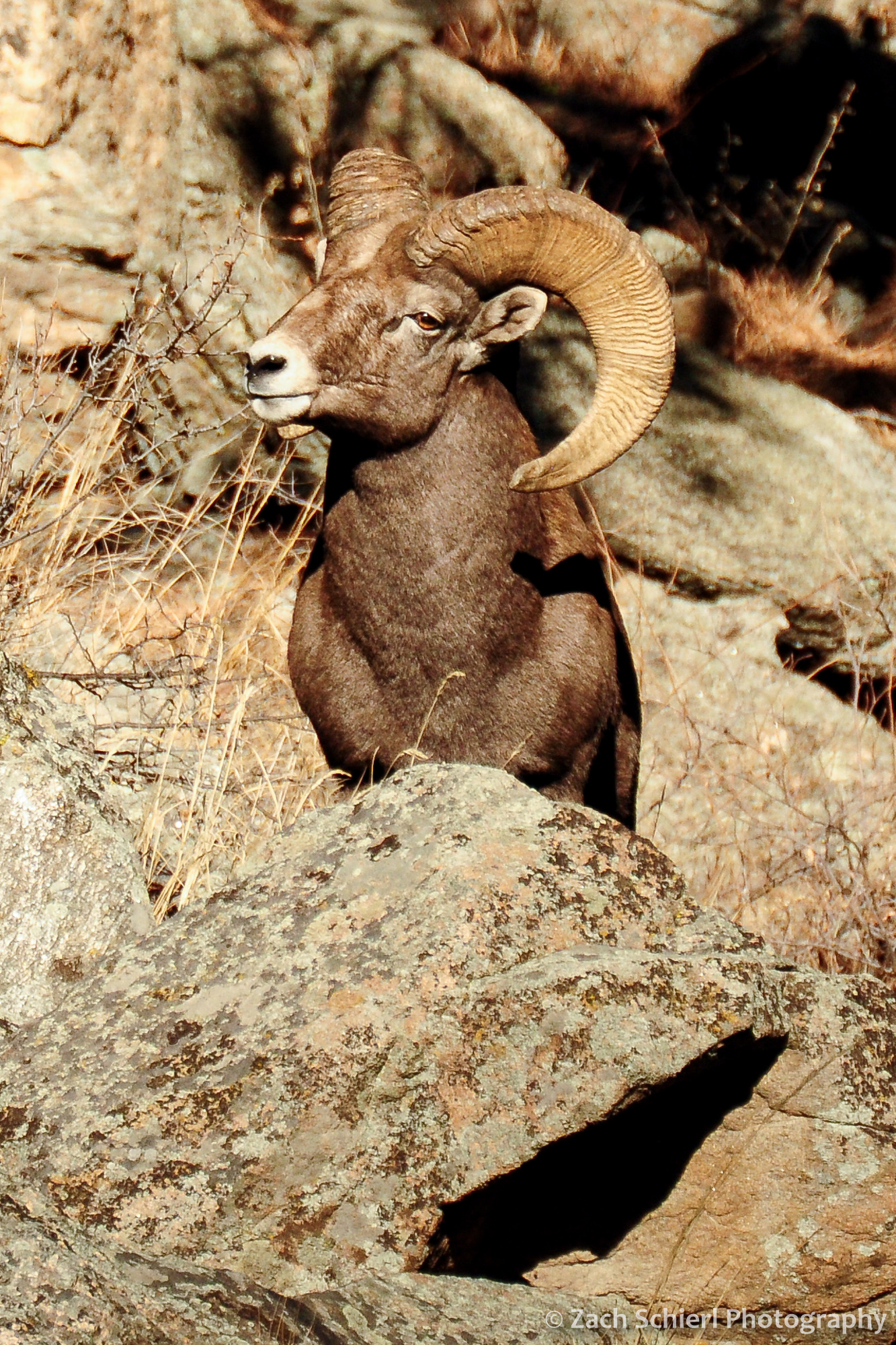 I could bore you with a detailed breakdown of the geologic features that I’ve photographed, but perhaps that is best saved for another day…

Rocks and (Musk)Rats of the Rockies 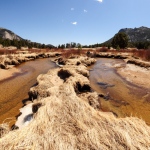 A few weekends back I led my semester-ly geology field trip to Rocky Mountain National Park. Each time I end up finding new gems that I had previously overlooked, such as the spectacular stream meanders along the Fall River pictured above. One good flood and the stream will erode through the narrow strip of land separating the two meanders, leaving the bend in the middle of the photo high and dry. Places like this are a great opportunity for students to see in action a geologic process that every introductory geology instructor teaches in the classroom.

Despite many areas of the park still being covered in umpteen feet of snow, wildflowers are beginning to appear in the lower elevations around Estes Park: 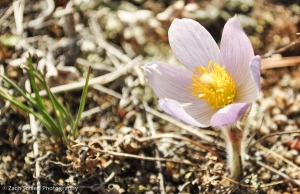 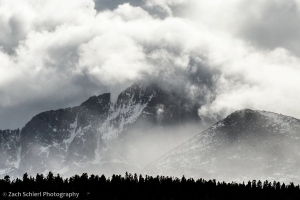 The biggest cause for excitement actually occurred after the field trip was over. I had intended to stick around in the park for a longer hike after setting the students free, but I quickly realized I had left my filled camelback on the kitchen counter. Lacking any sort of water carrying device, not wanting to shell out the cash to buy one, nor desiring to try to fashion one out of ungulate intestines, that plan was foiled. In lieu of a hike I headed for a short stroll around Lily Lake to try to get some pictures of the incoming storm enveloping Longs Peak.

While snapping the above photo, I was startled by what sounded like a cannonball being dropped into the lake behind behind me. My initial suspicion of hooligans launching boulders into the lake was discredited when I turned around and saw no one within half a mile. I made my way to the edge of the lake and remained motionless; after a few moments, this little guy appeared: 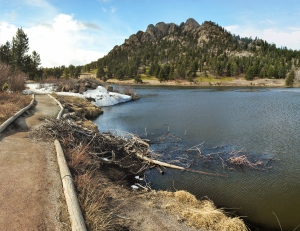 Noticing the presence of a nearby mass of chewed up sticks (above), I hastily assumed I was in the presence of a beaver. In short time, a second critter appeared and the pair began to tussle, albeit sadly behind a willow bush from my point of view. It soon became clear that these animals were more agile and less chunky and rotund than your typical beaver. Not being able to see them clearly with the naked eye, my next guess was river otter, which persisted until I got home and took a closer look at the pictures below. Otters would have a tough time leading their carnivorous lifestyles with only those gigantic incisors to work with. I was out of ideas (this is why I lead geology field trips, not wildlife watching trips…) , so I was forced to the internet where I learned that I had just seen my first muskrat. 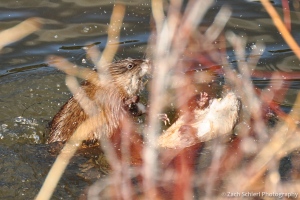 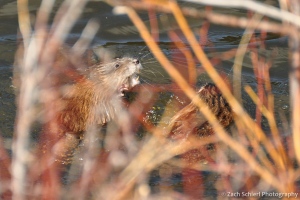 Finally, on the way home, I made a quick stop at a rock shop in Estes Park that I’ve driven past dozens of times. I quickly discovered that knowledge of basic geological principles is not a prerequisite for owning a rock shop when I found a large bin of black limestone labeled: 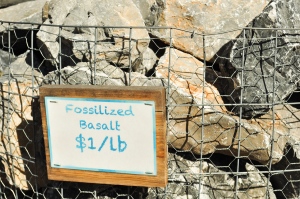 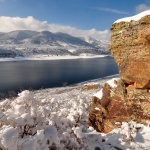 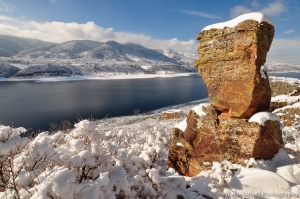 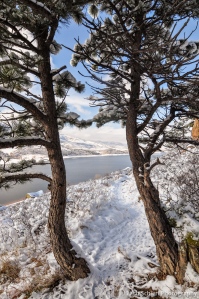 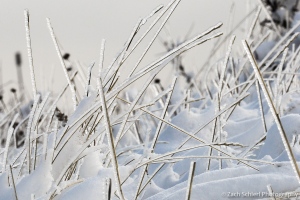 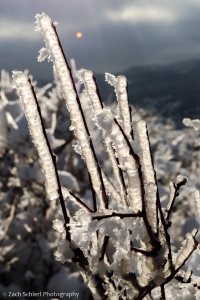