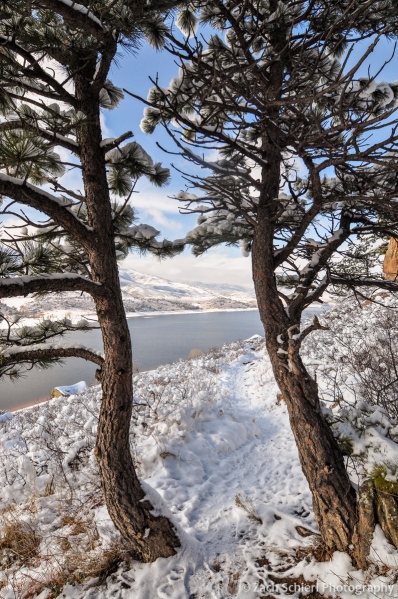 This image strip is just a small part of a 45 shot, 550 megapixel panorama I recently took of Mt. Shuksan from the Mt. Baker Ski Area. Since WordPress doesn’t offer me a way to display a picture of this size at full resolution, I’ve uploaded a (nearly) full resolution version of the image to GigaPan.com and included a link below (just click on the photo).  There are lots of cool features that you can see if you play around with the image and zoom in;  such as the terminus of the aptly named Hanging Glacier just below the summit peak, lots of cornices along the summit ridge, innumerable avalanche tracks, some really interesting linear and polygonal features in the snow (developing avalanche scarps?) and even some waterfalls and the entrance to an ice cave!

This was the first time I had made a panorama of this size and resolution. Photoshop’s Photomerge feature (which I n0rmally use for panoramas) had trouble handling so many images so I ended up using a free program called Microsoft Image Composite Editor to stitch and blend the images together. While this program doesn’t allow for editing of the final panorama, I was able to easily export the composite image and make minor adjustments to contrast and brightness in Photoshop.  The individual frames were shot in RAW mode using a ball-head tripod and a 200mm zoom lens on a Nikon D90. Exposure settings were set manually and kept mostly constant in order to facilitate seamless integration of all 45 images.