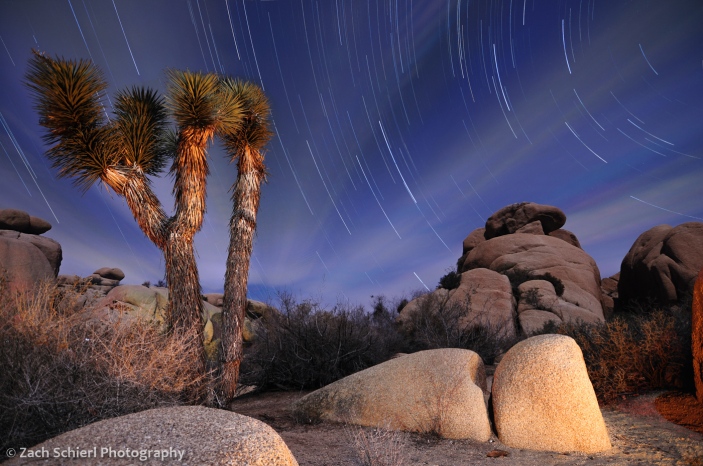 Driving across the southwestern United States, one could be forgiven for thinking that all deserts are the same. However, differences in elevation, temperature, topography, and precipitation make them distinct in ways that are often hard to comprehend from a fast-moving car.

For all their differences though, both the subtle and the striking, the Mojave and Sonoran Deserts share one thing in common; the most visible symbol of each is a large, majestic, and photogenic plant perfectly suited for the harsh conditions in which it evolved to inhabit.

For the Mojave Desert, that plant is the Joshua tree (Yucca brevifolia). Not actually a tree but rather, as the scientific name betrays, a species of Yucca, early settlers bestowed the befuddling name upon this plant after noticing that the contorted arms resembled the prophet Joshua raising his arms to the sky in prayer.

Today, the Joshua tree is considered an indicator species for the Mojave Desert, as many other inhabitants of the Mojave (two-legged, four-legged, and winged alike) depend on it for survival. The Joshua tree grows through portions of western Arizona, southeastern California, and southern Nevada, but some of the largest and healthiest stands are protected within the boundaries of Joshua Tree National Park and Mojave National Preserve. 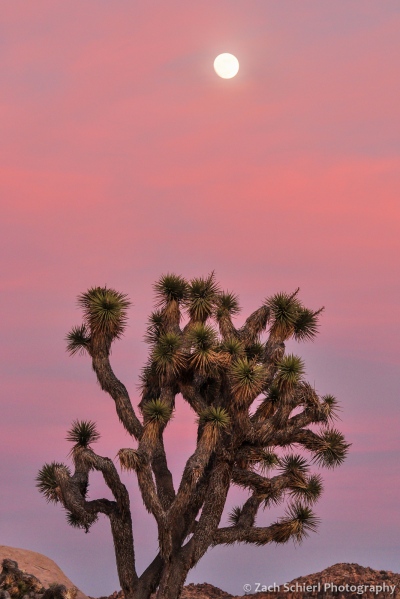 A nearly full moon hovers over a Joshua tree at sunset

For the Sonoran Desert, the symbolic plant is the saguaro cactus (Carnegiea gigantea). Despite the nearly ubiquitous use of the saguaro as a symbol of the American Southwest, this excruciatingly slow growing cactus actually only grows in a small portion of the Sonoran Desert extending from extreme northwestern Mexico into south-central Arizona.

Sunset from the Gould Mine Trail in Saguaro National Park. On the horizon is Kitt Peak, home to one of the largest astronomical observatories in the United States

Like the Joshua tree in the Mojave, the saguaro is an integral part of the Sonoran Desert ecosystem. Birds such as the Gila woodpecker nest within the flesh of the cactus while the fruits and flowers provide a source of food for many other species, including humans. When the end finally comes for a saguaro (which can take well over 100 years), the flesh rots away to reveal an internal structure consisting of a series of wooden ribs, which often remain standing long after the saguaro dies:

A young saguaro mimics a neighbor who has seen better days

Both the saguaro and Joshua tree face serious threats; in the long term from a climate that may change faster than they are able to migrate, and in the short term from a loss of habitat due to rapidly ballooning human populations in the desert regions that these giants inhabit.