Larrabee State Park is located just a few miles south of Bellingham, WA and holds the honor of having been the first state park in Washington, being designated as such shortly after a local family donated the land to the state in 1915. Several short trails lead from Highway 11 down to beaches that are positioned perfectly for spectacular sunsets…when the sun is visible that is. These photos were taken in late summer, before the gray and gloom set in for the winter. I guess you could say I’m posting them now in an attempt to relive the sunnier days of yore. Or because the photos on the park webpage leave a lot to be desired…

At low tide, the beaches are lined with tide pools that make for an excellent way to kill time waiting for the sun to dip below the horizon while other trails lead into the Chuckanut Mtns. to the east where one can find views of the San Juan Islands and Bellingham itself. 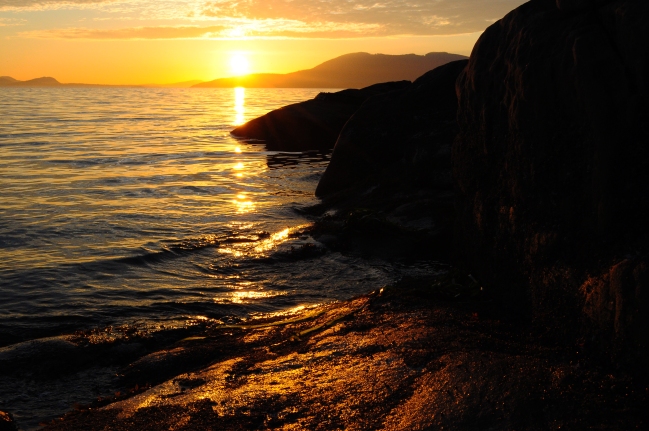 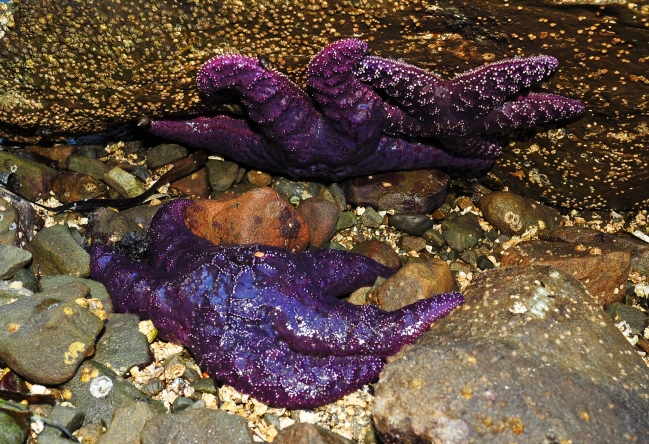 Danger lurks beneath the rocks…