It’s that time of year again! Namely, the time of year when we get to watch all the freshmen from California completely freak out over the first insignificant dusting of snow here in Walla Walla. In addition to the snow flurries, we were treated to an interesting weather phenomenon known as “freezing fog” here on the final day of classes.  I have heard about freezing fog before but had never experienced it until today…and as a result I can now say with confidence that freezing fog is pretty much just as unpleasant as it sounds.  It did make for some cool pictures though, and goodness knows I need as many ways to procrastinate as possible with final exams starting on Monday.

Hoarfrost encapsulates a net on a soccer goal

Hoarfrost is basically frozen dew...it forms in sub-freezing temperatures when the humidity is high and water vapor in the air turns directly into a solid. 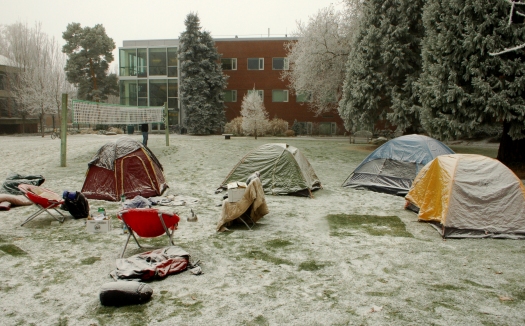 The Occupy Whitman camp looking a little....er...."unoccupied" after the freezing fog moved though 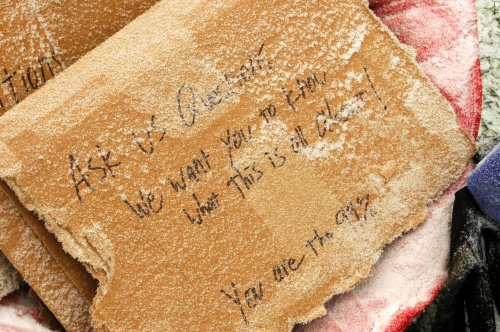